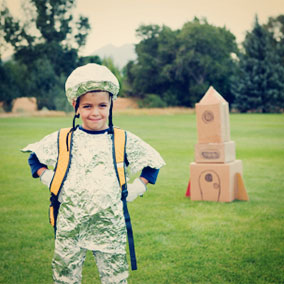 In a crowded living room, gathered with his family around a black and white television set in 1969, 9-year-old Chris Hadfield decided what he wanted to do with his life. As he watched Neil Armstrong step onto the surface of the moon he knew, with absolute clarity, that he wanted to be an astronaut. Of course this was impossible. He was Canadian and Canada did not even have a space program in 1969, but as he recounts, “from that night forward, my dream provided direction to my life. I recognized even as a 9-year-old that I had a lot of choices and my decisions mattered. What I did each day would determine the kind of person I’d become.” (An Astronaut’s guide to Life on Earth, p. 4)

Forty-four years later Chris Hadfield became the first Canadian Commander of the International Space Station and took the world with him through Twitter and YouTube. The decision of a 9-year-old boy and those made each day that followed really did matter. Chris Hadfield lived a life of intentionality.

There is a saying, “If you plan to go nowhere, you will end up there.” Just making a goal, whether or not you have a detailed action plan to accomplish it, makes you more likely to meet that goal. Consciously or unconsciously, you begin to move in that direction, to be alert for opportunities that further your goals and to make choices that align with meeting them. If you are serious about those goals, you become more intentional.

Do you have goals for your family? Do you have a picture of the kind of home you want to have and the kind of people that you are raising your children to become? Are these goals based on God’s values or those of our culture? Probably you have some idea, but have you ever written it down and really thought through the specifics? Are you being intentional about reaching those goals?

Being intentional is not about perfection. It is not elaborate discipleship plans, hour-long family devotions, rules, charts, schedules and guilt because you are not doing all of the above. But neither is it just “letting life happen” and getting swept up in the current of our times, allowing the world to make our choices for us. If we do not know where we are going and intentionally make decisions to get there, our culture will push and pull us to places we may never have intended to go.

Intentionality is having a clear picture in your mind of what you are working towards. It is saying no to things that distract or deter you from moving towards your goals. It is making room for the activities that move you closer to them. This takes attention and effort. This takes guts. Some people will be disappointed. Some people will disapprove of our choices. But we cannot allow “some people” to determine our destination.

Jesus kept His eyes focused on the goal – His mission of bringing salvation to a lost world. He moved on to other towns when there were still many needy people crying out for His help. He stopped and gave attention to those that others would not have bothered with. He set his face towards Jerusalem and was not deterred from His mission when the temptations of Satan, or the well-meaning advice of friends, or even His own apprehension could have hindered Him. One Spirit-led decision at a time, Jesus lived a life of intentionality.

Do you know where you are going in your family life? Are the choices of today taking you closer to that destination or further away? A life of intentionality can start now – it is your choice.