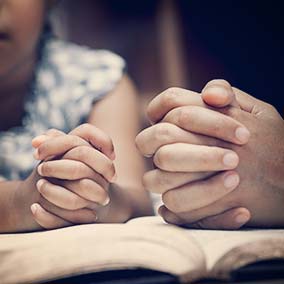 One year ago, I shared a story of an impactful trip to Malawi where I met a family whose eternal perspective set the course for their everyday moments.

This family, the Kachalas, had a passion to reach the nations, and they desired to see the 2.7 billion unreached people on earth come to know Jesus. They integrated intentional activities into their family time to teach their children about the unreached, and they prayed for them often. They did not do this because someone convinced them to, but because they were gripped by a conviction.

When Tadala’s mother showed her videos that taught her about people in the world who were still unreached with the gospel, she and her brother became very passionate about reaching them. They discovered a list of The Thirty-One Largest Frontier People Groups, and they began to pray for them. Then, they told their mom that they planned to march around their house seven times like the Israelites did at Jericho, praying for the unreached.

Then God presented opportunities for Tadala to speak to her church about unreached people groups. She and her brother even broke their piggy banks and gave their mom all of their money to give towards reaching the unreached peoples.

“Me and my brother love to pray for the unreached people so that God may touch them, that their hearts would be open, and that they would preach to others. I am SO glad that my mother told me about the unreached. If she would not have, I would have never known that there were Tribal, Hindu, Unreligious, Muslim, and Buddhist people who did not know Jesus. My brother and I are also going to give our money to go towards reaching the unreached.”

Little did the Kachalas know that setting the course for their family would later influence other families as well. Because of their intentionality, other parents and children like Tadala and her brother have discovered that God can use them in big ways to build His kingdom.

Who knows where the journey may lead when you intentionally set the course for your family!