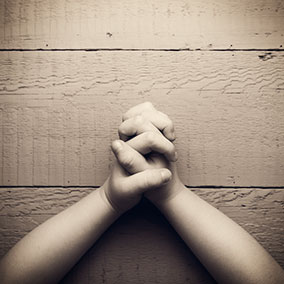 In 1997, Hope Smith was 9 years old. She lived in Virginia, USA with her family. Hope was home-schooled by her mom. Like most teachers, Hope’s mother gave her homework. Hope’s assignment was to learn about another country and write a report. Hope chose the country of Mongolia. She checked out books from the library and researched Mongolia on the computer. Hope even read articles about Mongolia in magazines.

Here are some things Hope learned. Mongolia is located between China and Russia. In 1997, Mongolia had 3 million people and 30 million animals. Many people in the country raise cows, horses, goats, camels, and a funny, shaggy haired animal called a yak. Since the people travel with their animals, they live in tent homes they can move. The Mongolians call these portable homes “ghers.”

Hope found out that Mongolia had lots of animals … but only a few Christians. She was sad to learn that in 1990, there were only 5 known believers in Jesus in the whole country. Just imagine – 3 million people and only 5 of them knew about and followed Jesus. In fact, most people there had never even heard of Jesus. They did not worship the true God, but prayed to little idol statues in their tents. Hope also read that the people of Mongolia did not have Bibles.

Although she was young, Hope wanted to do something to help. She began to pray for the people who lived in far-away Mongolia. She asked God to send Christians from other countries to Mongolia. She prayed that inside their tents homes, Mongolian people would have Bibles instead of idols. Hope did not just pray once. She prayed every day. She prayed for one year. She prayed for two years.

In 1999, after Hope had prayed for Mongolia for two years, she read another magazine article about Mongolia. The title at the top of the page said: HOPE FOR MONGOLIA. The article reported that 500 Mongolians had believed in Jesus. God had begun to answer Hope’s prayers.

Today, thousands of Mongolians believe in Jesus and worship Him instead of idols. There are churches where people can read the Bible in their language and learn more about God. The largest church in Mongolia is in the capital city. It is called Hope Assembly.

God used a young girl to intercede for the people of Mongolia … and God can use your children, too. Their prayers are powerful because they are talking to the God of the universe – the wise, mighty, loving God who hears and acts to make His name known among the nations. God uses prayers to change the world. Who are the children in your family or ministry praying for?