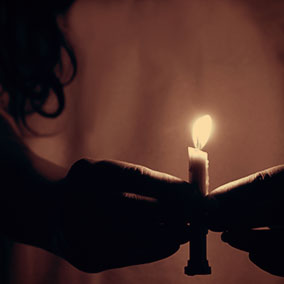 When I was a little girl, my dad was invited to speak at a mission school graduation in Cuba, a place with a language we did not speak, guerilla fighting in the hills, and a strict code of where we could and could not go –no cameras aimed at the governor’s palace and a strict admonishment to “get in a taxi immediately.” A new political party was in power and Cuba was considered dangerous, especially for foreigners.

My family went anyway. For a little child from the mountains of Pennsylvania, a trip outside the United States was an enormous adventure. I did not understand at the time, but the trip was also an enormous security risk. The school, located on a once-thriving mission compound, struggled to stay open in the midst of the country’s turmoil. Outside the compound, walls covered with graffiti expressed anger at the changing political scene.

Inside the compound, however, I delighted in my new friends, the children of global workers and local Cuban believers. I learned to eat oranges the Cuban way (peel, cut in half, squeeze juice in your mouth, turn segments in-inside-out and eat), went on a tarantula hunt with a new friend’s family, and ate sugar cane right off the stalk. I also opened the way for the adults to have conversations with some of the local Cubans because of my Spanish name, Linda.

That night my parents sat me down and explained that it is not always easy to be a global worker. “Yet,” Dad said, “they love the Cuban people and want them to hear the gospel.”

Our family did get out of the country, although not without difficulty. The communication for our flight reservations was intercepted and we ended up having to wait in Havana a few extra couple days.

Although I was young when I visited Cuba, the experience made a huge difference in my life and I pray that I had some influence on those I met. Since that time I have traveled to many places, but probably no trip has affected me more than that trip to Cuba. You could argue that perhaps we should never have gone, but after a lot of discussion with the mission leaders, thought, and prayer, my parents decided it was the right thing to do.

And I am so glad they did.

*I saw what life was like on a mission compound.
*I learned that global workers were regular people serving Christ in a place far from their home.
*I was exposed to a different language, culture, and a lot of friendly people who were extra friendly to me because of my name.
*I understood that sharing the gospel was a higher priority than being safe. (Many Cuban young people who graduated from that Bible College continued to share Christ even after the mission closed down shortly afterward our visit.)
*I gained a love for missions. Because of that visit, I chose Spanish as my foreign language in high school. And even now, working for a global organization, I have a heart for the Cuban people.

Many churches today have opportunities for families to serve on mission trips. You might hesitate to go, thinking that your children are too young. If at all possible, go. Children adapt well and a trip to another country at a young age can plant the seed of a mission mindset that will last a lifetime.

I’ve been there. Done that. And I know.