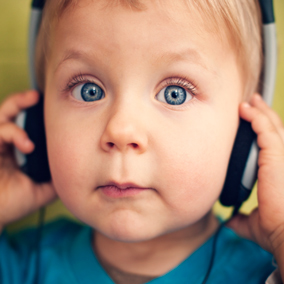 This past weekend, I was working on our backyard fence when I heard the unmistakable sound of an ice cream truck coming down the street. When I was a child, I lived in Kansas City on a dead-end street. Once school was out, the neighborhood children gathered in the streets to play kickball. During the game, the faint sounds of bells playing, “Do your ears hang low? Do they wobble to and fro?” filtered into our ears.

I knew that sound. I became an expert in judging its location according to the decibel level of the lone speaker mounted on top of the ice cream truck. As this bearer of icy joy turned the final corner, music blaring, the games ceased and we all ran home, yelling for our mothers.

Most days, my mom gave each of us boys a dime and we ran into the street to meet the ice cream man. I didn’t realize until the other day that the pictures of the delectable delights are pasted at a child’s eye level. There, we beheld pictures of frozen treats with incredible names like the Bomb Pop in all its red, white and blue frozen glory or (for children with a little more sophistication) the Chocolate Éclair Bar. And I can’t forget the Twin Pops: two frozen treats, each with its own stick, but packaged together. Sometimes, the sticks seemed more important than the treats, because you could save them to build all kinds of amazing stuff.

For the ten minutes after we handed over our dimes, the world came to a standstill. We sat on the hot cement curb, savoring every last drop of our treats. To this day, the phrase “Do you ears hang low? Do they wobble to and fro?” makes me salivate faster than Pavlov’s dog.

Lately, I’ve been working on a Bible study about speaking worth and value into others. The first thing the Bible says about God amuses me: ”Then God said . . .” (Genesis 1:3). After this, God went on speaking into His creation. First, He spoke into them their identity by naming them: “I am going to call you light, and you, my friend, I am going to call darkness.” That gave each one an identity.

After this, God told them what they were going to do. “We’ll start with darkness and then go to daylight. This will complete the first day. And you’ll do this until I say ‘enough.’” Now, they understood their purpose: to mark time.

After this, God gave Adam the job of naming the animals. I can imagine a striped creature standing in front of Adam as he says, “I’ll name you … zebra! That sounds great.” And off trots the animal, singing to himself, “I’m a zebra, I’m a zebra.”

All children long for their parents to speak into them their identity. Jesus’ Father did this for Him. Remember? Joseph didn’t get to name the baby. Instead, God sent an angel: “She will give birth to a son, and you are to give Him the name Jesus, because He will save His people from their sins” (Matthew 1:21). God gave His Son the name Jesus.

Jesus’ Father also spoke into Him His purpose: “He will save His people from their sins.” By the time we find Jesus in the temple at 12 years of age, He reminds His parents that He is about His heavenly Father’s business (Luke 2:49).

Do you know the sweetest sound that ever comes to your children’s ears? It’s not the sound of an ice cream truck, although that ranks high on my list. Instead, it’s the sound of an adult who tells them they’re people of worth and value who’ve been created by God for a purpose.

And maybe, every once in a while, gives them some money for the ice cream man.