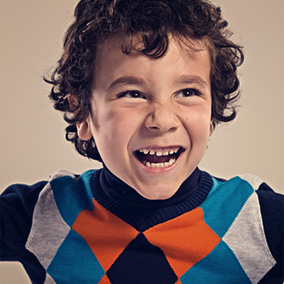 There he went, again. Sam* was running around the classroom in circles, pounding on things as he went, distracting the rest of the class in every way possible. For three years this is what I dealt with. I thought Sam would grow out of it, but when he moved up to my kindergarten classroom, nothing had changed. I had become the only teacher who would even tolerate having him in my class.

Sam made me want to give up…on him, on myself, on the other kids I knew like him. What was the point of trying to teach him spiritual things? He didn’t listen, didn’t want to know. If I threw my lesson out the door and just devoted our time to Lego’s and running, we’d both have a lot less fighting and a whole lot more fun.

Ever felt that way? Kids screaming. Siblings fighting. Another time out. Your own apology needed again after losing your cool for the fifth time that day. You are trying so hard to raise your children to have godly character, to love God and love others, but your words seem to be falling on deaf ears.

Little did I know, everything was about to change. One Sunday, I made the decision to hang a fabric world map in my classroom. I was going to attempt to teach a group of rowdy five-year-olds about God’s glory among the nations. What on earth was going on in my crazy head to think that would go over well?

There we were, gathered by the bulletin board. I picked out a country to focus on that month. Each week we learned something new about the people who lived there and prayed for them. I noticed by the second week that Sam wasn’t running in circles anymore. He was standing, foot swinging back and forth, on the other side of the room. By the next week, he had moved towards his classmates, joining them on the floor.

One morning, his mother stayed behind after class. “Are you learning any Old Testament stories right now?” she inquired.

“No,” I replied. We were learning gospel stories about Jesus.

“Strange,” she said puzzled. “Sam insisted on praying for someone named Mozambique every night last week. I thought it must have been some Old Testament character!”

I chuckled, half amused and half stunned. You can imagine her own surprise when she learned that Mozambique was the country we had been learning about that month!

Her son­—unresponsive, disruptive, disobedient Sam—was praying fervently for the nations. He wanted Mozambique to know about Jesus, even though we all thought Sam himself didn’t even care about Him! This new message of God’s love for the whole world wasn’t falling on deaf ears.

Sam began to transform. This global invitation to be a part of what God was doing around the world drew Sam to Jesus. In some ways, he had wanted to be challenged to something bigger. And now he was.

We usually don’t think about children needing to be taught just as much about the global purposes of God as the person of God. Usually we put all of our focus on the latter, wanting our children to know God’s love for them personally and learn godly behavior. But it was the balance of both that unleashed in Sam something far more genuine than knowing all the right answers in Sunday school. From knowing God’s purposes and being invited into them, Sam developed a desire to know God’s word, a compassion for others, and a fervent prayer life.

If you are the parent of a Sam or Samantha, don’t lose heart. Maybe all your child needs is to be invited to participate in something far bigger than himself.

*Name changed to protect the identity of the child.