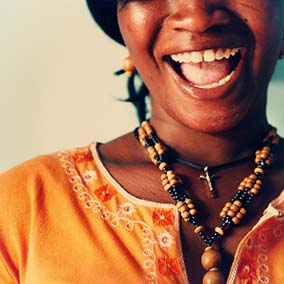 Some people seem to overflow with joy. They have contagious smiles, generous spirits, and hospitable homes. Assumpta is one of those people. She can light up a room with her laughter, cook an incredible meal for a multitude, and make you wonder what has given her so much passion. She also models what it looks like to live out God’s work from the overflow of her heart. As I sat in Assumpta’s home in the rolling hills of Rwanda, I began to discover where her overflowing passion came from.

As we finished dinner, Assumpta began to serve tea. I asked her about her overflow of passion, and I learned that it stemmed from the fact that God had shown Assumpta her part in His story, the role of mobilizing families towards the nations. As Assumpta sipped her tea, she began to explain what God had done in her life. God had given her a burden for the unreached peoples of the earth and, years ago, He had led her to a discipleship program in a nearby country. At the end of the discipleship program, students were encouraged to ask God for a specific vision that He might have for their ministry.

Many students shared grand visions of moving to unreached people groups to share the gospel, and starting businesses that would support global workers. Assumpta felt specifically that God was calling her to family mobilization. She wanted to help the church see that God could use them to reach the nations of the world, and she felt burdened to help individual families learn how to disciple their children to understand and participate in God’s global purposes. Though many viewed this as a small vision, Assumpta felt that family mobilization was the biggest way that she could be obedient to God.

Assumpta began helping parents learn how to disciple their children through the lens of God’s global purposes. She opened her home to the families in her neighborhood and it became a safe place for parents to learn about God’s desire to use them and their children to reach the nations. While Assumpta lived out God’s work in her everyday life, she encouraged families with the idea that they, too, had a role to play in God’s story. As Assumpta began to embrace and live out her role in God’s story, her joy seemed to overflow.

It has been nearly a year since I first met Assumpta, but I continue to hear stories of how she is living out the specific vision that God gave her to mobilize families. She is still lighting up rooms with her passion and zeal. She continues to teach children about peoples of the world and God’s desire for the unreached to know Him, and she continues to welcome and mobilize parents in her community.

She has even joined a team of local mobilizers that shares her same passion. Now, this team is living out God’s work together. Assumpta and the team have had many opportunities to share God’s heart for the nations with churches throughout their country. More than that, they have had the opportunity to play a unique role in glorifying God in this time in history.