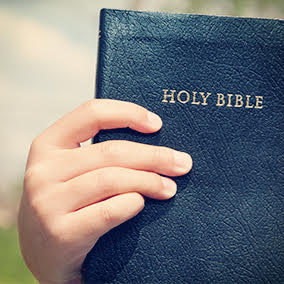 Once boys and girls understand and embrace God’s heart and purposes for the peoples of the world, most are eager to participate in God’s work. Because their enthusiasm is contagious, children find it easy to enlist others to join them. Here are two examples of children mobilizing other believers.

THE YEAR WAS 2010. THE PLACE WAS MONTANA, USA:
Jana was ten when she learned that some believers living in English-speaking countries did not have their own copy of the Bible. After hearing that Bible League International distributed pre-owned English Bibles in these regions, Jana decided to partner with them by collecting used Bibles.

First Jana invited her two younger siblings to join her. Then she decided to expand the invitation to members of her local church. Jana phoned her pastor and explained what she was doing. She asked for permission to share about the project with the families at church.

On Sunday morning, Jana stood on the stage at her church. It was the first time she had ever used a microphone or spoken to so many adults. She introduced the Bible-collecting project and invited everyone to get involved. Together with her church, Jana collected 90 Bibles to send overseas.

THE YEAR WAS 2013. THE PLACE WAS COLORADO, USA:
Natalie was nine when she learned that only three percent of Duga* people followed Jesus and that no Bible existed in their language. Her church teacher shared about a way that children could partner with The Seed Company to help fund an ongoing Bible translation project among this people group. Natalie decided to raise money and enlisted the help of her sister and friends who lived nearby. Here is what she did.

“I started a nature club last year. My friends and I help neighbors by doing jobs outside like raking leaves and walking dogs. We do not ask for money, but most people pay us. We were going to use the money for something else, but when I head that the Duga people don’t have Bibles, I decided to use the money that we earn to help them.” The children in Natalie’s nature club raised enough money to translate two verses from Luke into the language of the Duga people.

When God invited Jana and Natalie to join Him in His work, both were eager, creative, and inspiring in their response. God not only used these girls to spread His Word among under-resourced believers and Bible-less peoples, but also to engage others in His work. When you think about the children in your home or church, do you view them as partners in God’s work? How might you offer them concrete opportunities to join with God in what He is doing around the world?