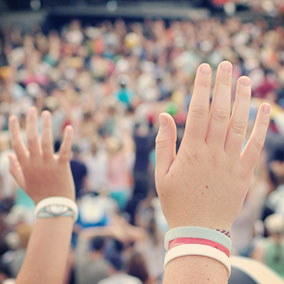 Throughout history, God used children to advance His mission to make Himself known and worshipped among all nations. In some cases, children were pivotal …

The year was 1965. The place was Indonesia. Revival swept across the island of Timor, not only among the adults, but among children as well. Here is what happened one night as 200 people of all ages were praying.

“God moved upon the mountain town of Soe in Timor on Sunday 26 September 1965. That night people heard the sound of a tornado wind, and flames above the Reformed Church building prompted police to set off the fire alarm.” –“Astounding Church Growth” by Geoff Waugh (Renewal Journal, Feb. 28, 2016)

This was not a man-made fire, but rather God’s Spirit moving among the believers just like at Pentecost. From this revival came ongoing intercession for the unreached peoples of the world, among both the adults and children. Children as young as six gathered for daily prayer meetings.

Local believers formed 90 evangelistic teams to reach out to the animistic tribes in the area. Some of these believers were children. “Boys and girls wept and prayed for the nations, laid hands on the sick, and went into the jungles to preach Christ in the villages. We called them our children’s teams.” –“Like a Mighty Wind” by Mel Tari (1995)

“In the first three years of this revival 200,000 became Christians in Timor, and on another small island where few had been Christians, 20,000 became believers.” –“Astounding Church Growth” by Geoff Waugh (Renewal Journal, Feb. 28, 2016)

In the mid 1900s, God used Indonesian children to intercede for the nations and reach out to unreached tribes in their area. What might God have in mind for the generation of children growing up in your region? In your local church? In your home? God is still advancing His mission and He still invites children to join Him.