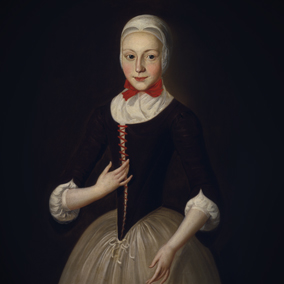 Throughout history, God used children to advance His mission to make Himself known and worshipped among all nations. In some cases, children were pivotal …

The year was 1727. The place was Germany. The Moravian community was fasting and praying. Just like at Pentecost, the Holy Spirit moved, bringing revival and focus among the adults and then, a few days later, among the children. One historian said this about the Moravian children living at Herrnhut and the nearby village of Berthelsdorf.

“All the children, were seized with an extraordinary impulse of the Spirit, and spent the whole night in prayer. From this time, a constant work of God was going on in the minds of the children, in both places. No words can express the powerful operation of the Holy Spirit upon these children, whose lives were so transformed.” –“The History of Revivals of Religion” by William E Allen

From this revival came a prayer meeting that lasted 100 years. The Moravians determined that the flame of intercession should burn at the heart of their community continually. Night and day, at every hour, 24 men and 24 women took turns interceding for the nations of the world. Boys and girls soon joined in.

“The children, also touched powerfully by God, began a similar plan among themselves. Those who heard their infant supplications were deeply moved. The children’s prayers and supplications had a powerful effect on the whole community.” –“Power on High” by Reverend John Greenfield

“The number of intercessors actually increased as the years rolled on, especially amongst the children, generating a power center that radiated to the ends of the earth for more than a century.” –“Awakening Cry” by Pete Greig

From that century-long prayer meeting, came the beginning of the modern missions movement to those who had never heard. Not only did the Moravians take the gospel to many unreached peoples, they also inspired and influenced future workers like William Carey and John Wesley.

In the 1700s, God used Moravian children as mighty intercessors for the nations. What might God have in mind for the generation of children growing up in your region? In your local church? In your home? God is still advancing His mission and He still invites children to join Him.