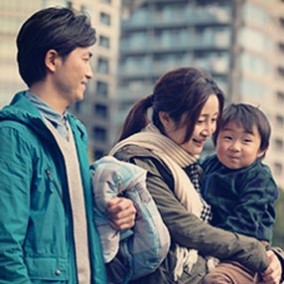 A few years ago, I was running around like mad, trying to do all the things that a typical suburban mom was supposed to do. My eldest son Jason, a first-grader, was in school during the week, practiced piano an hour every day and participated in sports activities on top of that. In addition, he was enrolled in a Chinese school to learn Mandarin, which took two hours after church each Sunday afternoon. Speaking of church, we also had activities going on there each week, including AWANA. Not a moment of our week was free, each and every day had its own list of responsibilities, and between my 6-year-old’s activities and all the other parenting tasks that went along with caring for his two younger brothers. I was spent.

But I kept pressing on, because this was what everyone else around me was doing. “This is all for Jason’s good,” I would tell myself. “He needs to keep up with these activities to stay ahead of the curve and to succeed in life. How else will he be able to compete with everyone else?” It didn’t matter that my poor son was exhausted, nearly burned out at age 6.

Finally, God managed to get my attention long enough to rattle me with a revelation that shook me to the core. “Helen, you are busy with so many things, but for what purpose? Who are you serving by being so busy and pushing so hard?”

Who are you serving? I had not even given a moment’s thought to the question, in the midst of all the busyness, in the midst of all the flurry of life. But when I reluctantly did so, I realized that ultimately, I was serving my own self. I wanted to be seen as the perfect mother with perfect children who excelled in every area, but not for God’s glory–for my own. I was ashamed to realize that at the core, I was driven by a sinful desire for my children to succeed in the world’s eyes so that I would reap the benefits of the world’s admiration. And my son was suffering the consequences of my sinfulness.

At the same time that God showed me my true motivations for leading such a stressed and overscheduled life, He also introduced me to a number of parents who led their lives much more purposefully than I had. These were parents who had made intentional decisions to put God and His mission at the center of their lives, and whose lifestyle and parenting reflected that decision. For example, Kirsten Strand is a mom who used to live in a suburb west of Chicago, whose family was leading the typical busy suburban life. But God intervened in her life and her family’s life, to the point that the Strands relocated to a low-income community in response to God’s call to seek his mission in that city. Although at first the Strands were anxious about what a move like this could mean for them and especially for their two school-aged sons, they obeyed the call and discovered the blessings that came from doing so. “There is a much more relaxed atmosphere here,” Kirsten says. “It’s allowed me to be a better mom, better wife, better person. I don’t obsess or stress about the same things I used to before.”

The Strands’ story demonstrates what can happen when Christian parents love and value their children, but still put God’s and his mission at the center of their parents’ lives.

As a result, our family has totally changed our lifestyle. We teach our children that the purpose of their lives is not to succeed in the way the world defines, but to be faithful to God and His mission. We try as much as possible to preserve the Sabbath and create more downtime for everyone. When our kids are involved in activities, we reframe the reason for developing their talents and interests, which is solely to serve God and His purposes to reach the world.

Jason is now 11 years old, and a much happier kid than he was at age 6. His schedule is much less hectic than his peers’, he has plenty of time to play, and most importantly, he knows why he was created and seeks to live out that purpose whenever he can. Whether he does so by taking the time to share about Jesus with his friends or even strangers, or by gladly offering his time to serve in our church soup kitchen ministry or pack meals for children starving on the other side of the globe, he has the freedom to do those kinds of activities because he has the time to do so.  Serving God and putting His mission first may result in our lifestyles looking far different from those around us. But at last I’ve learned that I wouldn’t have it any other way.